"2022 marks the 20th edition of the New York City Triathlon and we are beyond excited to be back in full force, welcoming many of the world's top athletes and locals who will cheer them on during race day," said Kimo Seymour, President of Events at Life Time. "We anticipate a terrific day of swimming, biking and running throughout Manhattan. Most of all, we're excited to introduce more New Yorkers to the Life Time brand as we expand in the city with four new athletic country clubs opening soon. These destinations serve as places to live out the same athletic passions the New York City Triathlon offers in premier healthy living, healthy aging, and healthy entertainment facilities year-round."

To date, more than 2,200 athletes from 44 states and 26 countries have already registered for Sunday's races, which kick off at 5:50 a.m. Colorado natives Jason West (Boulder) and Amy Sloan (Lafayette) broke the tape at last year's event.

Registration for both the International distance and duathlon cost $370 with pricing subject to change. To register for either of these events, visit www.nyctri.com.

The Verizon New York City Triathlon complements Life Time's commitment to providing a healthy lifestyle for New Yorkers with continued investment in the city. The company currently operates four athletic country clubs in Manhattan with four more planned to open within the next year:

Life Time (NYSE: LTH) empowers people to live healthy, happy lives through its portfolio of nearly 160 athletic country clubs across the United States and Canada. The company's healthy way of life communities and ecosystem address all aspects of healthy living, healthy aging and healthy entertainment for people 90 days to 90+ years old. Supported by a team of more than 30,000 dedicated professionals, Life Time is committed to providing the best programs and experiences through its clubs, iconic athletic events and comprehensive digital platform. 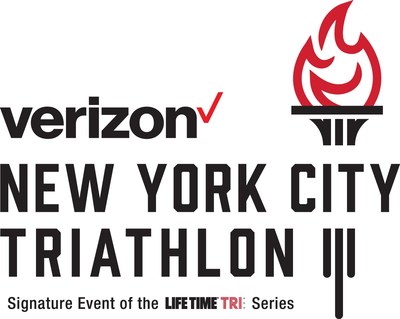